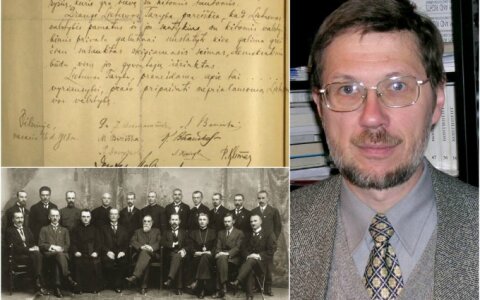 The foreign ministers of Lithuania and Germany will Thursday sign an agreement on handover of the February 16, 1918 Independence Act to Lithuania for five years.

"Under the agreement, the document will be on display in Lithuania for five years," Lithuania's Foreign Ministry said.

Starting next year, the Independence Act should be exhibited in the House of the Signatories in downtown Vilnius where it was signed almost 100 years ago.