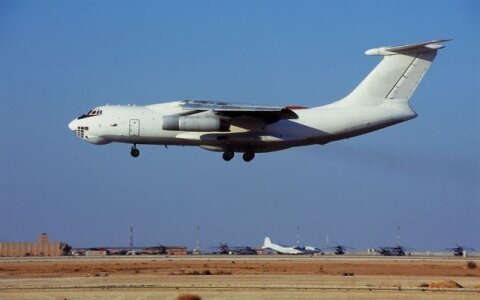 The Ilyushin Il-76 is a Soviet-era heavy lift transport craft. This was a very successful design, and has been used extensively by civilian cargo enterprises throughout the world.
Foto: Corbis
aA

Moscow said on Wednesday that two Russian military aircraft violated Lithuanian airspace in late September in order to avoid a storm, which was in line with international rules.

According to the Russian embassy in Vilnius, the two IL-76 transport aircraft flew over Lithuania's territorial waters en route to Kaliningrad with permission from Lithuanian air traffic controllers.