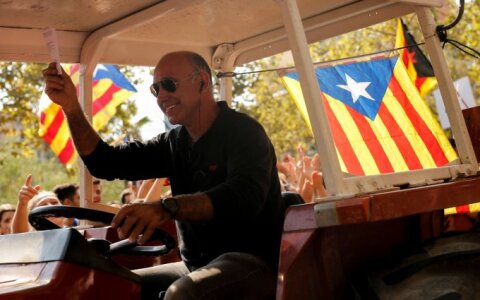 Sunday's violence in Spain will burden the dialogue between Madrid and supporters of Catalonia's independence, says Lithuania's President Dalia Grybauskaitė.

She spoke in comment of the situation in Spain where the country's administration used violence against participants and organizers of the referendum on Catalonia's separation from Spain. The Sunday's clashes left 844 activists and 33 police officers injured.

"I believe that if the referendum would have been allowed (…) without the use of force, they would easier proceed to the phase of dialogue and talk, because they will need to talk anyway, they will need a dialogue anyway and they will need negotiations anyway," Grybauskaitė told Vilnius journalists on Monday.

"Violence can never bring together, unite or integrate, therefore, we can only regret the clash, the large number of injuries. I think it is a great sorrow and shame for any country," she added.