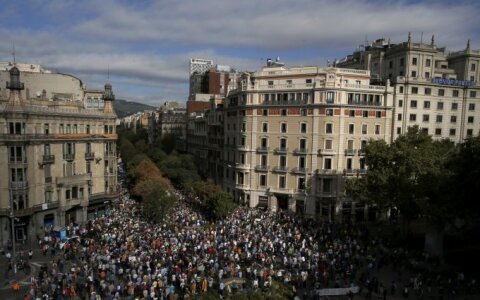 Comparing the Catalonian aspirations to break free from Spain with the Baltic states' movement to gain independence from the Soviet Union would be incorrect, says Lithuania's Foreign Minister Linas Linkevičius.

Speaking in an interview ahead of the independence referendum in the Spanish region, which Madrid views as illegal, Linkevicius emphasized that Lithuania had been occupied and suffered repressions, which is beyond comparison with Catalonia, which is autonomous part of a democratic country.