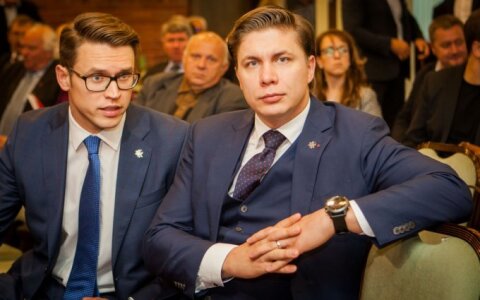 Lithuania's Economy Minister Mindaugas Sinkevičius, a member of the Social Democratic Party (LSDP), on Wednesday urged the party to decide whether it can continue working in municipal coalitions with the Liberal Movement and the Labor Party that last week faced corruption suspicions.

In an address to the party's executive bodies received by BNS, the minister called for a "clear and principled LSDP position on the situation of the Liberal Movement and the Labor Party, as well as the possibility to work with these parties."

"Although delayed, our response would demonstrat