Some SocDem ministerial officials resign, others stay on 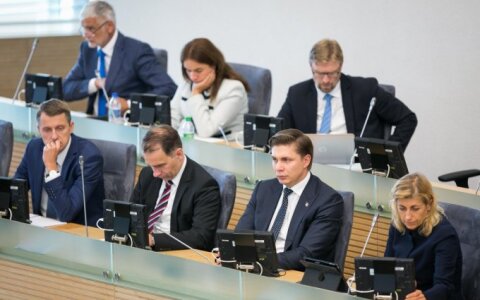 In the wake of the Lithuanian Social Democratic Party (LSDP) Council's decision to withdraw from the ruling coalition, some of the party's members in high-ranking ministerial positions have handed in their resignations, but others have opted to stay in their posts.

BNS asked LSDP members holding posts in the ministries for economy, foreign affairs and justice under their party's coalition agreement with the Lithuanian Farmers and Greens Union (LFGU) about whether they would resign.

Some SocDem ministerial officials resign, others stay on