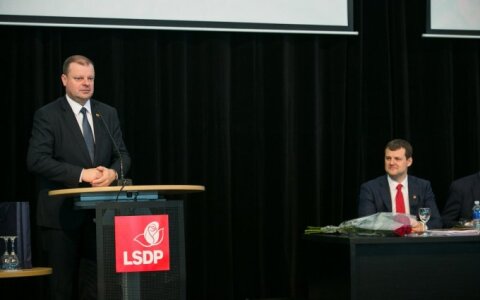 The Lithuanian Social Democratic Party on Saturday decided to withdraw from the ruling coalition with the Lithuanian Farmers and Greens Union (LFGU).

The step was supported by 140 members of the party's council, while 46 were against in the Saturday's ballot that involved 187 out of 235 members of the council.

Over the past few months, the Social Democratic Party was surveying its branches about the party's future in the ruling bloc. Som