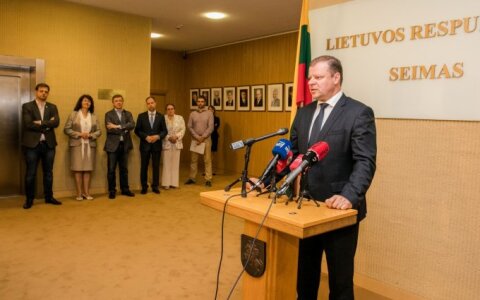 The government will establish a special working group to supervise the Klaipeda seaport's expansion, a subject of disagreement between the port's authority and the city of Klaipeda.

"A project coordination and monitoring group will be set up in the near future based on a government resolution or decree. Like it was with the liquefied natural gas terminal, it will include all decision-makers," Prime Minister Saulius Skvernelis said at a news conference on Friday after meeting