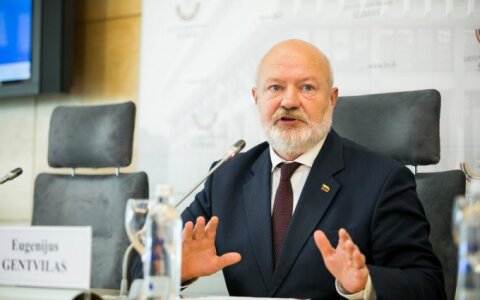 "We believe that the two gentlemen caused immense damage to the party by manipulating the party or using it as a disguise, as they were not authorized to act in such ways, I mean Eligijus Masiulis and Sarunas Gustainis," Eugenijus Gentvilas, vice-chairman of the Liberal Movement and the elder of