Lithuania, Germany to sign agreement on 1918 independence act at a later date 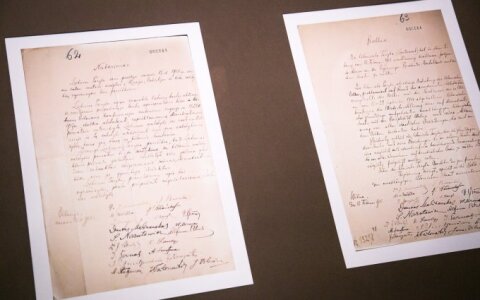 The signing of an agreement on a temporary depositing of the original copy of Lithuania's 1918 Act of Independence in Vilnius has been put off to a later date due to changes in German Foreign Minister Sigmar Gabriel's schedule.

A spokeswoman for Lithuanian Foreign Minister Linas Linkevicius said on Thursday that the new date was still being finalized. The ministers had planned to sign the agreement in Berlin on Friday.

"Because of changes in the German foreign minister's schedule, another date for the signing is b

Lithuania, Germany to sign agreement on 1918 independence act at a later date