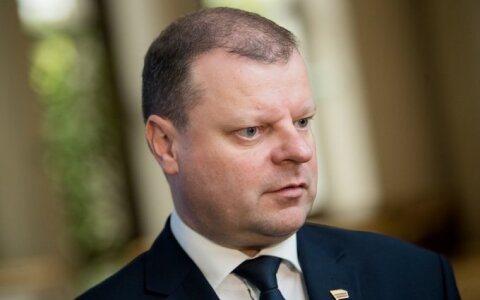 Prime Minister Saulius Skvernelis says that public comments by Gintautas Paluckas, the leader of the Lithuanian Social Democratic Party (LSDP), on Lithuania's efforts to block imports from a new nuclear power plant that Belarus in building some 50 kilometers from Vilnius "sound like the Kremlin's voice".

"We have managed to prove in the European Union and in European capitals that this is a matter of our security, of our survival, and saying now that this doesn't matter at all sounds like the Kremlin's voice," Skvernelis said on Ziniu Radijas on Thursday when asked to comment on Paluckas' positio