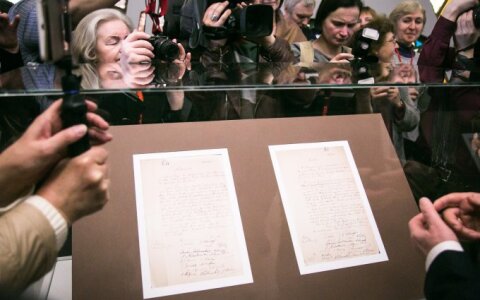 Lithuania's February 16 1918 Independence Act to be handed over by Germany will be exhibited in the Signatory House starting next year, the President's Office said on Tuesday.

"As early as in January of next year, the Signatory House will launch an exhibition featuring the act," Nerijus Aleksiejunas, foreign policy adviser to Lithuania's president, told BNS.

In his words, the foreign ministers of Lithuania and Germany will Friday sign an agreement on the temporar