If SocDems exit ruling bloc, their ministers should leave too - Andriukaitis 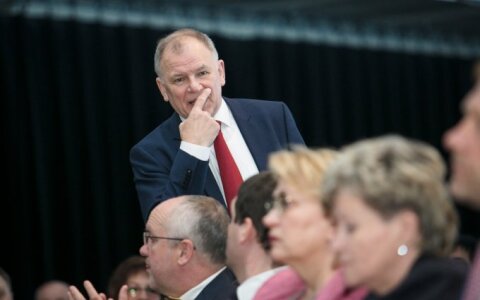 If the Lithuanian Social Democratic Party (LSDP) withdraws from the ruling coalition with the Lithuanian Farmers and Greens Union (LFGU), its ministers and heads of parliamentary committees should step down too, Lithuania's EU commissioner Vytenis Povilas Andriukaitis, who is the LSDP's honorary chairman, said.

"It's not even a question. The logic of coalitions is absolutely obvious in this case. The coalition participates in the government and when there is no coalition... This is political ABC," he told BNS in Strasbourg.

According to Andriukaitis, if the ministers opted to stay, the Social Demo

If SocDems exit ruling bloc, their ministers should leave too - Andriukaitis