Written documents in the Grand Duchy of Lithuania oral culture 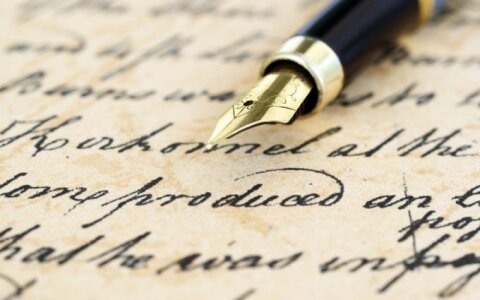 Pre-Christian Lithuania was a land of oral culture. Peter of Dusburg, the chronicler of the German Order, retold an ironic joke in the early 14th century about the pagans gazing at written characters for the first time: “[Prussians] did not use writing /.../ They were completely amazed to find out that a human was able to convey his wishes to another person, who was not here, through writing.” If we leave the theories about “Lithuanian runes” aside as legends, we can safely assume that Lithuanians did not use writing for communication between themselves until the late 14th century.

First encounters with the written word

The country's ruling elite (grand dukes and nobles), however, were familiar with documents despite the fact that they could neither write nor read. They were compelled to be in touch with the written word because of the increasingly intensifying politi

Written documents in the Grand Duchy of Lithuania oral culture