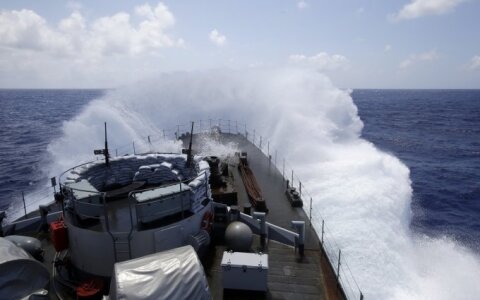 A team of Lithuanian troops are returning on Wednesday from the EU-led operation Sophia aimed at curbing human and arms smuggling activity in the Mediterranean Sea, the Defense Ministry said.

Lithuania's second vessel boarding team has participated in the operation aboard the German Navy ship FGS Rhein since June. The Lithuanians contributed to destroying boats used for transporting migrants and to rescuing migrants and providing them medical, psychological and other assistance, it sa