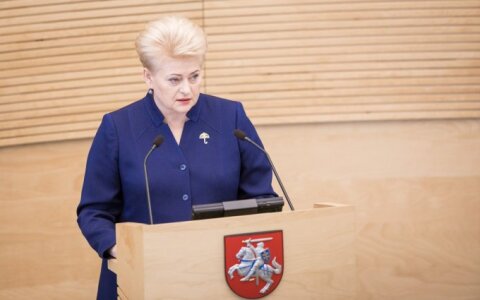 "This visit is very important for us because the security situation both in NATO's southern flank and in the eastern one poses very similar challenges," Grybauskaitė said after the meeting in Kaunas.

"We see rapid, intense and aggressive militarization of the Kaliningrad region and missile