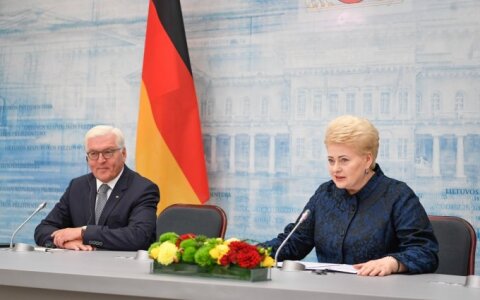 The Lithuanian and German presidents on Friday visited German military personnel stationed in Rukla, in the central Lithuanian district of Jonava.

"Security and territorial integrity is the joint and shared task and responsibility of all those united in (...) NATO," German President Frank-Walter Steinmeier told reporters in Rukla.