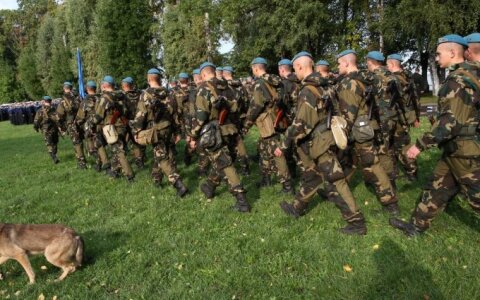 Lithuanian President Dalia Grybauskaitė said on Thursday that she expects that observers will be able to see if Russia will take its troops out of Belarus after next month's Zapad military exercise is over, but she did not comment on whether there are indications that Russian military personnel may stay in the neighboring country.

"Lithuania has been invited to participate as an observer during the Zapad exercise under international agreements. This provides an opportunity to see in real terms if Russia's promises to withdraw military personnel from Belarus after the drills will be met," she said at a joint news conference