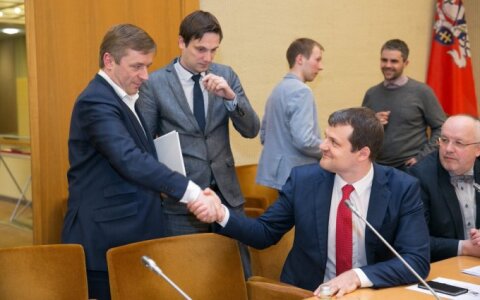 With an eye on elections, Gintautas Paluckas, chairman of the Lithuanian Social Democratic Party (LSDP), wants to pull his party out of the ruling coalition with Lithuanian Farmers and Greens Union (LFGU), Ramūnas Karbauskis, the LFGU chairman, said on Wednesday.

"As far as I understand, the Social Democratic Party's new chairman wants his party to leave the coalition. This is primarily attributable to municipal and other elections, certainly not to the work in the Seimas," Karbauskis said on the Žinių Radijas radio station.