Consumers to feel effect of cheaper US gas next year - energmin 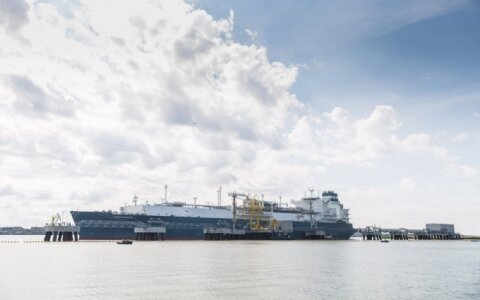 After Lithuania received its first shipment of liquefied natural gas (LNG) from the United States on Monday, Energy Minister Žygimantas Vaičiūnas expects the price of US gas to be reflected in the end user price next year, but Prime Minister Saulius Skvernelis thinks that it is too early to say that gas prices for households will go down.

"Normally, prices are revised every six months. Prices next January may differ from those we have had since July. We will see exact prices after the price commission reviews the entire gas supply portfolio and evaluates all cargoes, not only this one," the minister said on the Žinių Radijas rad

Consumers to feel effect of cheaper US gas next year - energmin