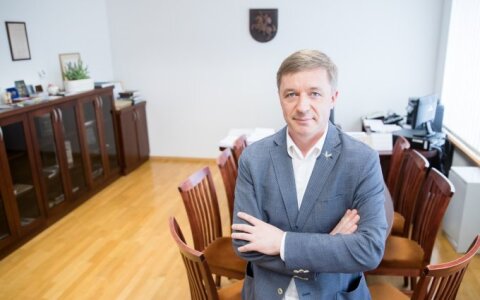 Lithuania's laws passed by previous governments to impose fiscal discipline constrains on the budget deficit and spending growth prevent the state from using additional revenue to improve the well-being of people, the chairman of the ruling Lithuanian Farmers and Greens Union (LFGU) said on Thursday.

"Today we do not need the fiscal disciple laws that were adapted during the crisis period. They do not keep the state from overspending. What they do is (cause) tens of thousands of people to leave our country," Ramūnas Karbauskis said in an interview with the Delfi news portal.