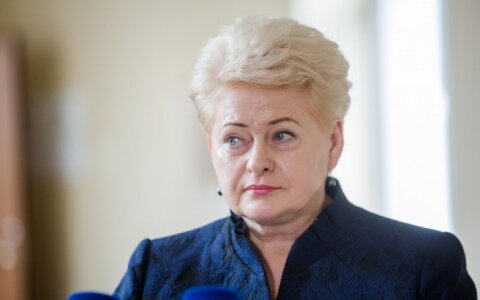 Lithuania's President Dalia Grybauskaitė says that the government-proposed tax changes should ensure more social justice, while the current proposals will raise heating prices and the new ceiling on social insurance payments will further increase the income of those making the highest salaries.

"For now, we see that the package of proposals still contains increase of heating prices for the population and the 'gift' of Sodra (social insurer) ceiling of 40 million euros who make a lot of money," Grybauskaitė said in a comment to BNS.