Lithuania will buy more LNG shipments from US - Pence 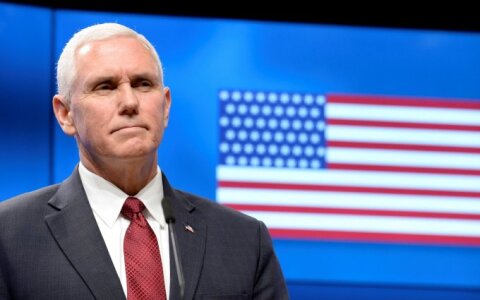 United States Vice-President Mike Pence said in Tallinn on Monday he was convinced that the shipment of liquefied natural gas (LNG) purchased by Lithuania from the US would be one of the many in the future.

Speaking at a joint news conference with the presidents of the Baltic states, Pence stated that the shipment due to arrive in Lithuania in August would contribute to boosting regional energy security and stability.

Lithuania will buy more LNG shipments from US - Pence