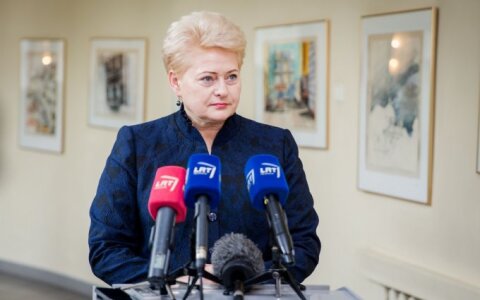 Lack of unity in the European Union's (EU) stance on the United States' move to tighten sanctions for Russia is not a split in the community, however, a sign of stagnation in the organization, which is tying its hands behind its back, says Lithuania's President Dalia Grybauskaitė.

"I would not call this a split (of EU states), I see this rather as a choice of economic development model, as the fact that some Western nations are still tied to pipes when there is already a modern technology – LNG terminals, pipes will be virtually useless in the future, this shows that Eur