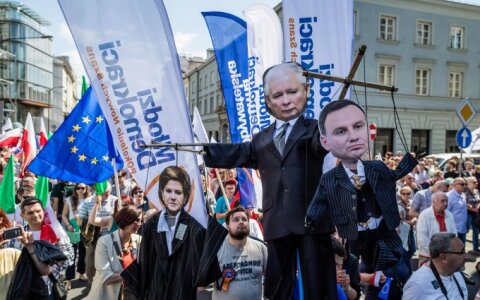 Rimvydas Norkus, chairman of Lithuania's Supreme Court and the Lithuanian Judicial Council, says that the judicial reform in Poland constitutes a threat to democracy.

"The developments in Poland, in the words of the chairman of the Judicial Council, poses a major threat to independence of courts as it violates the fundamental principal of separation of powers," reads a press release published by the National Courts Administration.