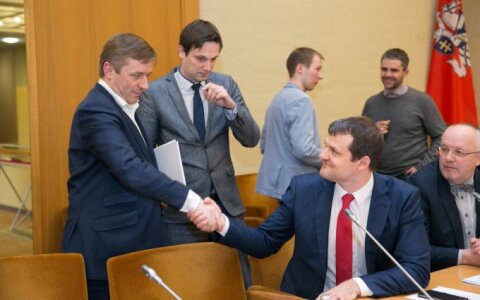 The leader of the Lithuanian Farmers and Greens Union (LFGU) says that his party's relations with its ruling coalition partner, the Lithuanian Social Democratic Party (LSDP), are good, adding that the position of LSDP Chairman Gintautas Paluckas, who has said that the Social Democrats may consider pulling out of the coalition, differs from that of the party's parliamentarians.