The EU-Turkey Refugee Agreement must be brought to an end! 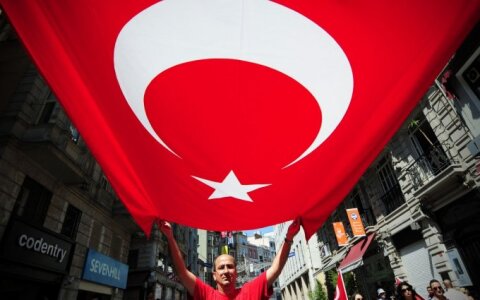 Flag of the Republic of Turkey
Foto: AFP / Scanpix
aA

In March 2016, Ms. Merkel and Mr. Erdogan reached an agreement on refugees, which would eventually involve all of Europe. Countless refugees, namely Syrians, were trying to reach Europe and in particular Germany, where public opinion slowly started to show signs of opposition to their reception.

This agreement, which is still in place, stipulates that Turkey must block refugees in exchange for billions of euros paid annually by Europe.

Let's make it clear: this agreement is useless; it is used by Mr. Erdogan to avoid European pressures as he puts in place an increasingly authoritar

The EU-Turkey Refugee Agreement must be brought to an end!