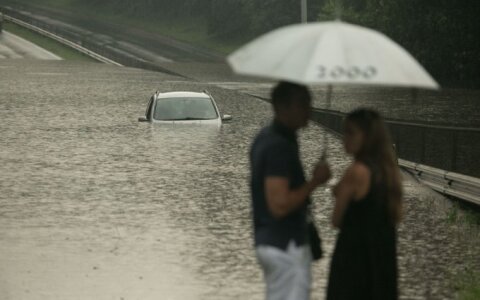 The heavy rainfall in Lithuania on Tuesday evening prevented six airplanes from landing at the Vilnius international airport. In early hours of Wednesday, four of the planes returned to Vilnius, however, two morning flights to Warsaw and Riga were canceled, as the airplanes intended for the flights decided not to return to the Lithuanian capital.

Indrė Baltrušaitienė, spokeswoman for Lietuvos Oro Uostai (Lithuanian Airports) that operates all three airports in the country, said the bad weather conditions caused the Polish LOT flight from Warsaw to Vilnius to be headed back to Warsaw and Latvia's Air Baltic flight from Riga to Vilnius t