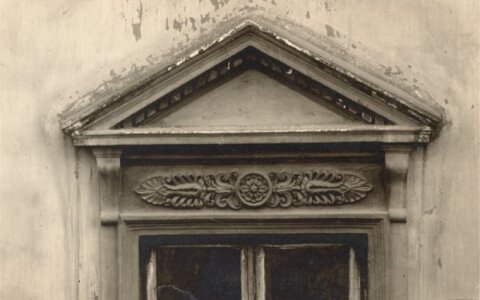 Lost Vilnius, a fragment of a house in the Vokiečių street, 1913
aA

In early modern times, there was an elite that existed in many of the larger cities of the Grand Duchy of Lithuania (GDL) and Europe, who have been given various names in historiography, including the patriciate, the elite, and the ruling class, among others.

The Latin term 'patricius', which became widespread during the Renaissance in the 15th century based on the example of ancient Rome (in 1516 the Nuremberg councillor and jurist Dr. Christoph Scheuerl used the word "patricii" when referring