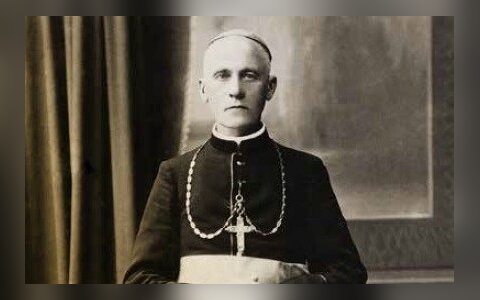 Teofilius Matulionis, a Lithuanian priest and archbishop who was persecuted by the Soviet regime, was beatified in a solemn ceremony at Vilnius' Cathedral Square on Sunday.

Over 30,000 faithful gathered at the capital's central square for the first ever beatification ceremony held in Lithuania.

Lithuanian President Dalia Grybauskaitė, Prime Minister Saulius Skvernelis and Viktoras Pranckietis, the speaker of the Seimas, were among those who attended Sunday's