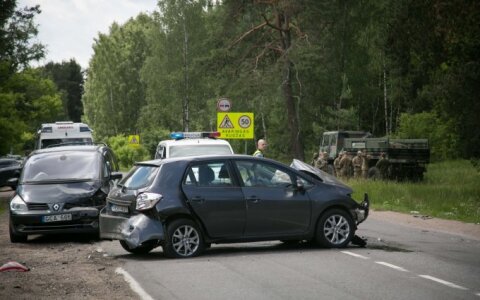 The collision on the Nemenčinė road at the village of Antaviliai
Foto: DELFI / Kiril Čachovskij
aA

Two women, one of them pregnant, were injured as a truck carrying US troops collided with two passenger cars on the outskirts of Vilnius on Thursday, police said.

The collision occurred on the Nemenčinė road at the village of Antaviliai at 11:26 a.m., the capital's police said.

The female drivers of both passenger cars, a Renault and a Toyota, were injured and taken to hospital. According to the police, the driver of the Renault is pregnant.