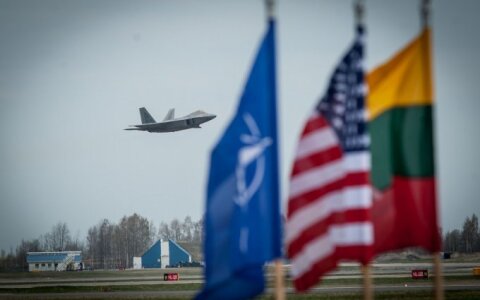 Both NATO and Russian troops must stay calm and keep their composure, Lithuanian Prime Minister Saulius Skvernelis said on Thursday, noting that recent military aircraft maneuvers over the Baltic Sea could have lead to serious incidents.

"Such behavior is close to a limit beyond which a disaster can happen. It would not necessarily be a direct conflict, but just an encounter that would have dire consequences," he said.