Lithuanian basketball team to be headed by Gudelis, may be renamed Rytas 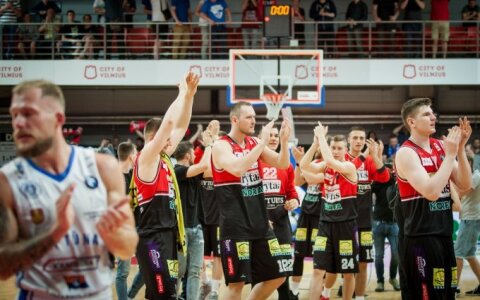 Lietuvos Rytas, a top Lithuanian professional basketball club, may be renamed Rytas in the future, Vilnius Mayor Remigijus Šimašius said after a meeting of the club's co-owners on Wednesday, adding that businessman Darius Gudelis is taking over as the club's director.

"It was decided that there will be a transitional period and that the name should change in a year's time. We are leaning toward Rytas, the name commonly used by fans and internationally," the mayor told BNS.

Gudelis, who owns a 25 percent stake in Lietuvos Rytas, is replacing Martynas Purl

Lithuanian basketball team to be headed by Gudelis, may be renamed Rytas