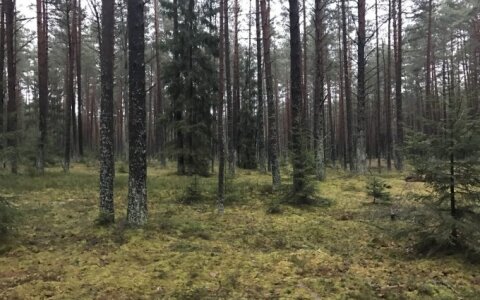 After about 100 employees of forestry companies and representatives of trade unions gathered outside the Lithuanian parliament on Wednesday in protest of the planned reform, Parliamentary Speaker Viktoras Pranckietis announced that the approval of the reform would be postponed until fall. On Wednesday morning, he had said the amendments would be adopted during the parliament's spring session.

"After I said in an interview (to Žinių Radijas news radio) earlier this morning that they would be passed, I learned that the procedures had been procrastinated. I still have to look at this closer. I am convinced that our coalition will have to settle the issue," Pranckietis told journalists