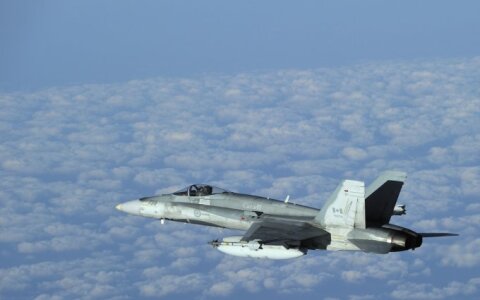 NATO fighter jets serving in the Alliance's air-policing mission in the Baltic countries were scrambled nine times last week to identify and escort Russian military aircraft in international airspace over the Baltic Sea.

Figures from the Lithuanian Defense Ministry show that NATO's fighters took off daily on Wednesday through Sunday and escorted 32 Russian aircraft, including two Tu-160 strategic bombers, which flew over not far from the Baltic countries' airspace on Thursday.

This was the busiest week for