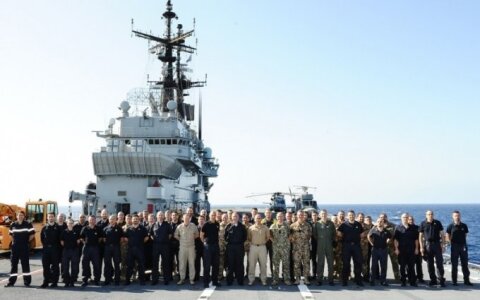 Twelve troops of the Lithuanian Armed Forces' 2nd Ship Maintenance Group are leaving for southern and central part of the Mediterranean Sea on Friday to join the European Union's (EU) military operation Sophia.

The troops will replace the 1st Ship Maintenance Group for three months after it served in Germany's naval support vessel FGS Rhein since March 6 of this year.

Just like the 1 st team, the 2nd team consists of troops of the Navy, the Military Police and the Special Operations Force. The tea