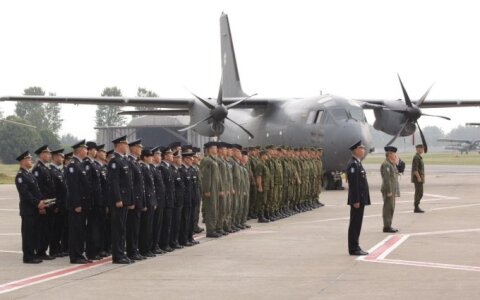 Colonel Dainius Guzas, the new commander of Lithuania's Air Force, was inaugurated into the position at a ceremony in the Air Force headquarters in Kaunas on Monday.

Guzas served as the Air Force's deputy chief of staff for operations before his new appointment.

Guzas began his service in the national defense system in 1992 and rose through the ranks of the Air Force to become the commander.

His predecessor, Audronis Navickas, lost the post of the