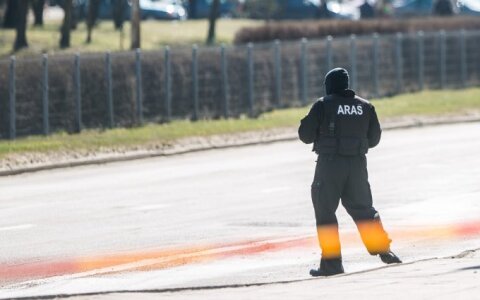 Police on Sunday morning detained 12 men with airsoft guns in a forest near Nemenčinė, in the district of Vilnius, the Lithuanian Police Department said.

The men each had several airsoft guns, which look like real guns, and some of them wore camouflage clothing. The police anti-terrorist operations unit ARAS was called in to detain them.

The police searched the homes of some of the detained men and found a real illegal gun, ammunition and suspected improvised explosive devices.

The Vilnius County Police Headquarters has launched a pre-trial investigation regarding the illegal possession of firearms, ammunition and explosives or explosive materials.