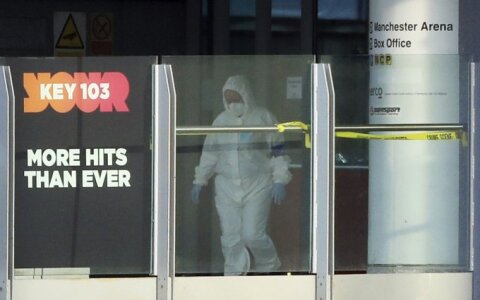 Lithuania's leaders on Tuesday condemned a suspected terror attack at a pop concert in the English city of Manchester that killed at least 22 people.

Prime Minister Saulius Skvernelis said that the attack showed that internal security needed to be enhanced.

"Such attacks can't be predicted. What we can do is strengthen internal security. There's no alternative to that. One thing is clear: terror will never win against free people," he said.

President Dalia Grybauskaitė extended her condolences to Queen Elizabeth II. She condemned "such brutal and unjustifiable act of violence that did not choose its victims, and offered Lithuania's firm solidarity with the people of the United Kingdom".

The explosion occurred at the end of a concert by US pop star Ariana Grande at around 10:30 p.m. local time on Monday. British police say they are treating it as a terrorist attack.