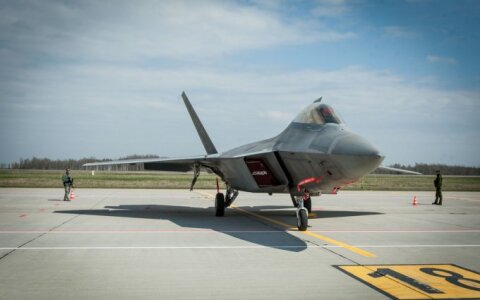 The NATO jets identified and escorted a Russian fighter and three reconnaissance aircraft. All of them had their on board transponders off.

The NATO air policing mission in the Baltic states is conducted from Lithuania and Estonia.