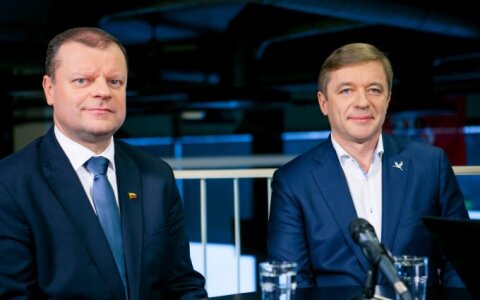 The popularity of the ruling Lithuanian Farmers and Greens Union (LFGU) and its leaders is on the decline, according to the latest opinion poll conducted by Vilmorus and published by the daily Lietuvos Rytas on Saturday.

The ruling party's approval rating has fallen for the fifth month in a row, Vilmorus director Vladas Gaidys told BNS. Some 17 percent of respondents said in May they would vote for the LFGU, down from 21,1 a month ago.