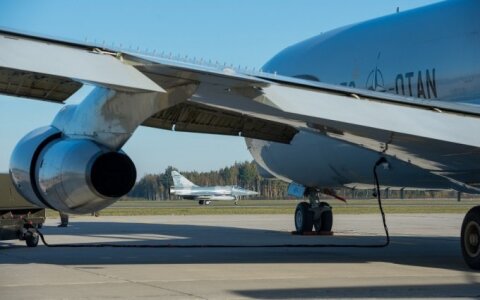 Polish fighter-jets serving in the NATO air-policing mission in the Baltic states were for the first time scrambled over a Russian warplane flying above the Baltic Sea.

Poland's four F-16 are stationed in an air base in Siauliai, northern Lithuania.

Captain Tomas Pakalniskis, spokesman for the army's Joint Staff, said two of them took off earlier this week to identify and intercept a Russian reconnaissance aircraft Il-20 above the Baltic Sea.