Rainbow Bus: protest held next to the Russian Embassy 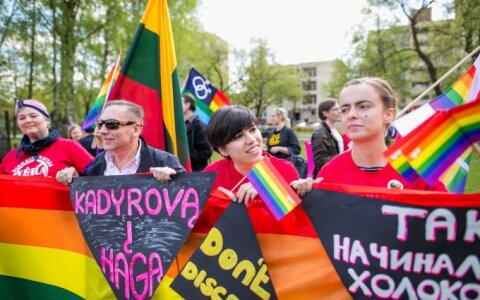 On 13th May, 2017 in order to draw the attention to the persecution and serious human rights violations against LGBT people in Chechnya (Russian Federation), the National LGBT rights organization LGL organized a protest next to the Russian Embassy in Vilnius, the Lithuanian Gay League reported in a press release.

To demonstrate solidarity with homosexual persons who were terrorized by the Chechen leader Ramzan Kadyrov, the 30 meters long rainbow flag was rolled out. We hope that this move will encourage people responsible for shaping Lithuanian foreign policy to not be indifferent regarding the human righ

Rainbow Bus: protest held next to the Russian Embassy