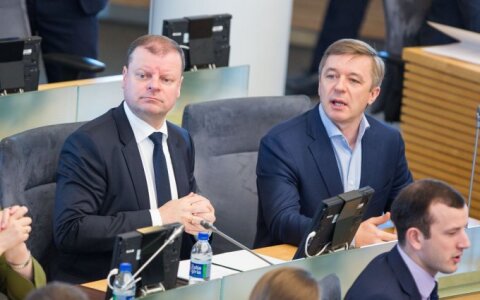 Lithuanian Prime Minister Saulius Skvernelis saw his public approval rating drop to 60 percent in April, down by six percentage points from a month ago, according to a survey conducted by the pollster RAIT for BNS.

The poll also showed a decline in the approval rating of Ramūnas Karbauskis, chairman of the ruling Lithuanian Farmers and Greens Union (LFGU), down to 46 percent, from 51 percent.

President Dalia Grybauskaitė tops the popularity poll with an approval rating of 64 percent.