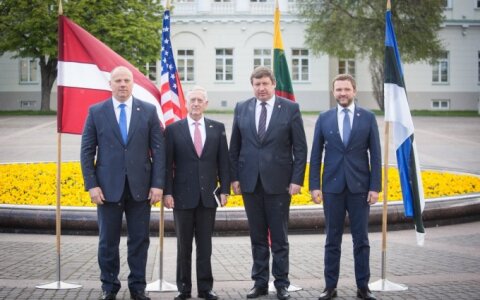 The Baltic countries are setting an example for all NATO member states in increasing their defense budgets, US Defense Secretary James Mattis said on Wednesday after visiting the Alliance's troops stationed in Lithuania.

"These nations are a model for the trajectory they are taking in their defense spending. They are serious about it. They are setting an example of growing their defense," Mattis told reporters in Pabradė, a training ground close Vilnius.

"We salute what they are doing. The American people