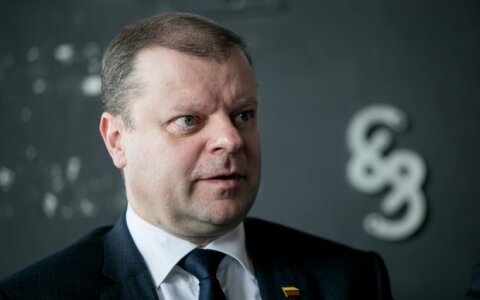 Lithuanian Prime Minister Saulius Skvernelis told his Polish counterpart, Beata Szydło, on Monday that national minorities in Lithuania would not be discriminated against over the spelling of their names in documents.

"As to documents, I just mentioned that we had a decision concerning not only the Polish ethnic minority. We are, first and foremost, talking about our citizens who have mixed marriages and have the right to take their spouse's surname in its original form. There can be no discrimination. The sam