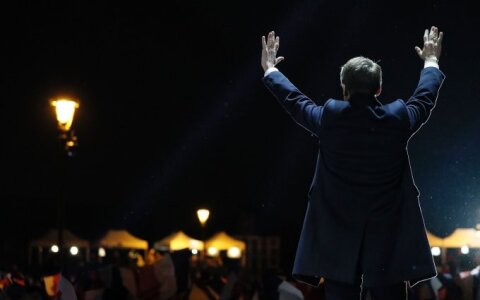 The victory by centrist Emmanuel Macron in the French presidential elections will mitigate the concerns in Lithuania over the Paris attitude towards Russia, says Ramūnas Vilpišauskas, director of the Vilnius University's International Relations and Political Science Institute.

"Lithuanian politicians will have fewer grounds to fear that France may hold a milder position on Russia, first of all when it comes to sanctions introduced after the Crimea annexation and the aggression against Eastern Ukraine," the political scientist told BNS on Sunday evening.