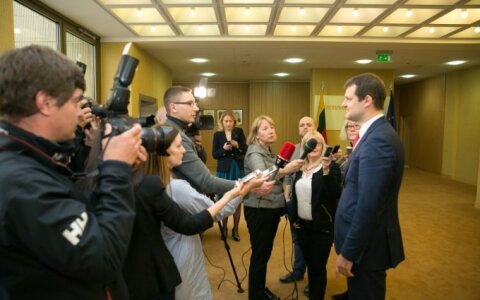 Gintautas Paluckas, the newly-elected leader of the Social Democratic Party (LSDP), says that the party's political group in the Seimas will support the principles for a reform of universities proposed by a prime minister-appointed working group.

"The proposed principles and objectives of the reform will receive the backing of the Social Democrats," Paluckas told reporters after meeting with Prime Minister Saulius Skvernelis on Friday.