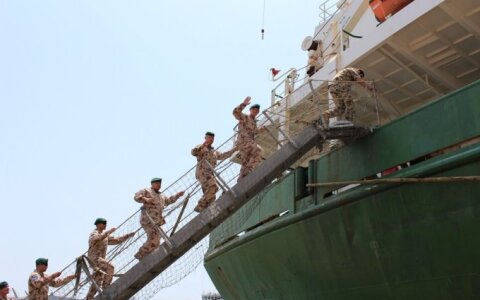 Lithuania soldiers off to a mission
Foto: KAM
aA

The shipment of weapons found on the El Mukhtar motor vessel was seized.

"Let's be proud of our soldiers: Operation Sophia is the EU's most important security operation. A vessel inspection is a complicated and risky task. Thus, its successful implementation not only shows a high level of p