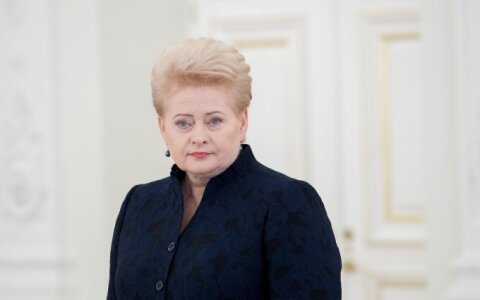 Lithuania's new parliament of the 2016-2020 term also lacks will to fight corruption, President Dalia Grybauskaitė said after the parliament on Tuesday overruled her veto on internal deals in municipalities. This was the first presidential veto rejected by the new parliament.

"The vote did not come as a surprise – clearly, this Seimas is also lacking the political will to fight corruption. By ignoring the recommendations from the Special Investigation Service, the National Commission for Energy Control and Prices, the Competition Service and the Public Procurement S